Perspective on livestock agriculture in SA (2) 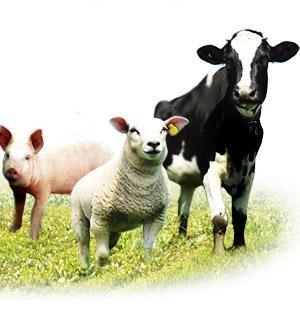 AGRICULTURE NEWS - Dr. Heinz Meissner investigates the socio-economic and environmental status and challenges of livestock agriculture in South Africa. In this second part of two he looks into livestock foods, resource conservation and socio-economic contribution.

Status and worth of the livestock sector (continued)

Livestock foods: The relative position of livestock production compared to field crops and horticulture has increased since 2005. This in particular is noteworthy for food products, reflecting increasing demand as in other developing and transition countries. Of the consumer food basket, livestock foods in 2010 contribute 27% of which red and white meat constitute 13%. The main item is grains (33%), reflecting mainly maize porridge, whereas vegetables (19%) are also significant. In terms of daily per capita consumption of livestock food products one suspects large variation in the population, but reliable figures that distinguish between the poor and the rich are not easy to come by.

In the poor and the vulnerable youth livestock foods, being nutrient dense, have dramatic positive influences on under- and malnutrition and cognitive development. In the affluent society one suspects over-consumption of livestock foods, particularly red meat as elsewhere in the developed world, which is perceived to be associated with obesity, diabetes and other life-threatening conditions. Estimates, using different approaches, suggest that the national consumption of meat is 50-90g per capita per day (red meat about 25-50g), milk and dairy products 40-50g and eggs 15-20g.

These figures are lower than the averages for developing countries, which is alarming given the concern of malnutrition. Since South Africa produces red meat with a low fat content and recent research questions the dogma that red meat consumption is correlated to life-threatening diseases, one should not be unduly concerned with high consumptions by the affluent society. Overall, there is much scope for increased consumption, and therefore production, of livestock foods.

Resource conservation: Maintaining biodiversity of flora and fauna species and the associated ecosystems have become a global concern as the successful functioning, resilience and sustainable utilization of natural resources depend on sufficient genetic diversity and healthy ecosystems. Being the world's largest user of land resources (ditto for South Africa), livestock agriculture engages very closely with biodiversity, soil conservation and the holistic functioning of ecosystems. If livestock production systems are mismanaged rangelands may be degraded, water resources depleted, pollution may result and biodiversity becomes limiting.

In South Africa, the concern to maintain livestock genetic resources, together with a growing awareness of the value of adapted minimum care breeds, have boosted maintenance of genetic diversity, to the extent that the diverse genetic pool has created a lucrative domestic and international market for particular breeds and composites. Farming with rare and endangered game species support income, sustainability and maintenance of biodiversity. Furthermore, where game species are stocked at the correct rate and include browsers, selective feeders and bulk grazers, they improve or complement effective rangeland and ecosystem management. In this context, over-utilization of rangeland resulting in degradation and erosion has been a problem in the past, but recent evidence shows considerable improvement as livestock farmers employ more conservative stocking rates.

Socio-economic contribution: Livestock's direct contribution to GDP was R47237 million in 2010. The contribution doubles if not triples if backward and forward linkages are taken into account. As a result, job creation also benefits, agriculture being the second largest employment multiplier per Rand invested in the economy. Employment on commercial livestock farms and intensive units amounts to 245 000, the wages being R6100 million per annum. Those that depend on the wages are estimated at 1.45 million. In the emerging/communal sector some 10-12 million dependents receive sustenance at least partially from livestock-based food, clothing and decorative materials.

Socio-economically, many towns in non-metropolitan areas depend on the expenditure of livestock farmers whereas livestock in rural communities serve as sources for producing food, generating income, providing manure for cultivation, traction and transport, financial insurance and enhancement of social status. In terms of trade, livestock agriculture in South Africa is a modest role player, but it does have a major impact on the socio-economic development and stability of SADC countries through regional trade.

This discussion is a compendium of a study commissioned by the RMRD SA in 2011/2012. The extended version is available on their website: www.rmrdsa.co.za or contact Dr Heinz Meissner at 082 806 8530.