Unrest on the N2 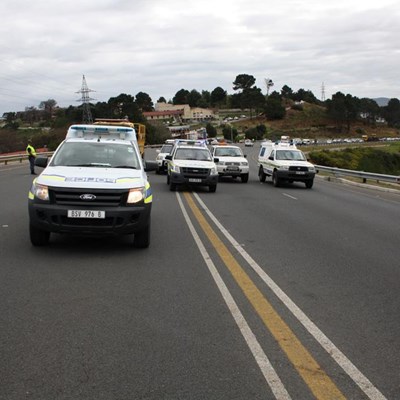 KNYSNA NEWS - One motorist has been injured and hospitalised after an incident on the N2 just outside Knysna across from the Nekkies/Uniondale turn-off.

Lines of frustrated motorists have been caught on the N2 coming into and from Knysna since 15:00 this afternoon. Almost two hours later there is still no sign of the freeway opening up, although it is unclear why this is taking so long.

From what can be seen at the sight of the unrest, tyres were burned on the spot of the Nekkies/Uniondale turn-off by what appears to be members of the Nekkies, Dam-se-bos and Oupad communities who are up in arms about housing and service delivery.

Eyewitnesses say many of the individuals burning tyres were young children. According to the SAPS the situation was volatile earlier today, but right now the rioting crowd has been dispersed and the road is being cleaned of debris so that traffic can once again move through.

Some police vehicles have reportedly also been damaged and there are unconfirmed reports of petrol bombs having been thrown.

The SAPS is asking the public to say away from this current hotspot, if possible. Two arrests for public violence have been made so far.