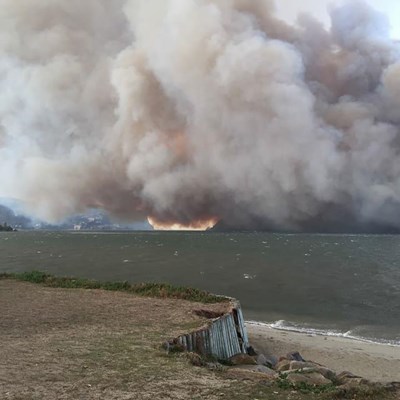 The fire rages. Photo: Doné Else

KNYSNA NEWS - The Knysna-Plett Herald has just received information that the fire threatening Belvidere and Brenton-on-Sea has resulted in the evacuation of both areas.

Margaret Mveni, a domestic worker in Belvidere, said that she got a call from her employer telling her to move to the jetty’s as quickly as possible as evacuation procedures had started.

“I was so scared when I heard my boss saying that. Everyone was being evacuated,” she said.

According to Mveni she was taken by boat to safety at the St James Hotel which is directly situated on the Knysna Lagoon.