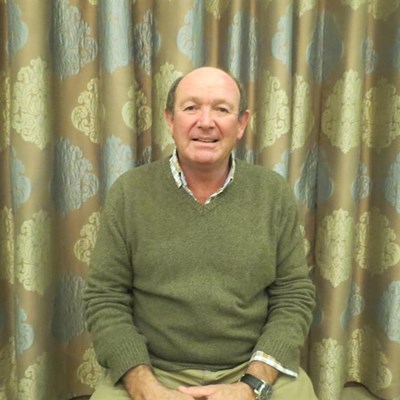 Caption: Head of Knysna protection services, Steven Langlands, was attacked by a car guard yesterday, January 11, but is back at work today. Photo: Supplied
KNYSNA NEWS FLASH - Steven Langlands, manager of Knysna protection services, was attacked by a car guard in the parking lot of Pili Pili restaurant in Sedgefield yesterday, Wednesday January 11.
According to Knysna acting municipal manager, Johnny Douglas, Langlands was in Sedgefield on behalf of the municipality attending a meeting.
Langlands, has been working for the Knysna municipality for the past 28 years and spends two days a week working in Sedgefield.
Yesterday Langlands was on his way to attend a meeting (Cola Conservancy) in Myoli, which was scheduled for 17:30, January 11.
A few minutes before the meeting he went to Pili Pili restaurant to speak to management regarding crowd control during the holiday season. He received complaints about a car guard on the premises and was informed that the man was allegedly a drug dealer, user of drugs and physically attacks people.
Douglas says Langlands approached the car guard and asked him to go home, after which the car guard attacked him with a knife.
Langlands’ hand and ear was cut while he was trying to shield his face.
According to Douglas the car guard also tried setting Langlands’ car alight when he went back into the restaurant to have his wounds seen to. “He phoned SAPS and the car guard was arrested,” Douglas said.
Langlands still attended his scheduled meeting and then laid a formal charge with the police against the car guard.
Despite the ordeal, Douglas confirmed that Langlands is at work today, Thursday, January 12, and is carrying on with his day-to-day duties.
“We are grateful that he was not seriously injured during this attack,” said Douglas.
Once again the public was asked to help with problematic car guards. “ Car guards, parking attendants, with the red bibs are registered with Knysna municipal law enforcement and screened by the South African Police Services in Knysna.
We have had problems with car guards in the past, but do deal with the issues on a case by case basis together with SAPS, the Community Police Forum (CPF) and businesses. We also need the community to assist us further by refraining from giving tips to vagrants and opportunist car guards [those without red bibs],” said Douglas.
Read more in next week's Knysna-Plett Herald, and online.
ARTICLE: STEFAN GOOSEN, KNYSNA-PLETT HERALD JOURNALIST
'We bring you the latest Knysna, Garden Route news'
Posted on: 16:25 Thu, 12 January 2017
Your Comments