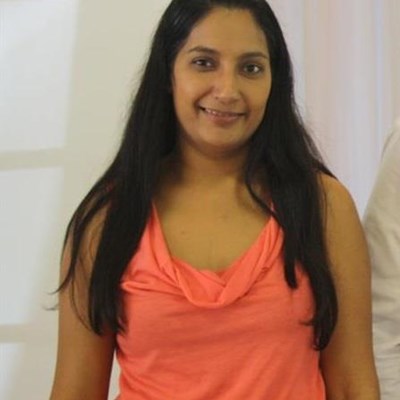 Pariksha Gobrie.
KNYSNA NEWS - Amid the controversy surrounding an internal investigation into allegations implicating Knysna municipal manager Grant Easton, the municipality's chief financial officer (CFO) Pariksha Gobrie this week added to the drama by submitting her resignation – nine months after her appointment on November 1 in the position of CFO.
In the four-page letter of resignation, a copy of which is in the possession of the Knysna-Plett Herald, and which is addressed to the municipal manager, Gobrie lashes out at politicians and their interference in operational duties of the municipality – as well as notes "leaks" of information in the system.
Christopher Bezuidenhout, communications manager at the municipality, on Tuesday afternoon, July 26, said, "I can confirm that Ms Gobrie submitted her resignation to the municipal manager today. Her last working day will be on August 12. The council will appoint an acting CFO in due course. Unfortunately I cannot divulge the contents of her letter."
When Gobrie was contacted for comment on the letter, she was startled by the fact the document had been leaked. She said it was certainly not her policy to comment on an internal letter she wrote following the correct professional and council protocol.
In the letter Gobrie describes herself as "being an ethical chartered accountant taught to never burn a bridge".
"I could have made this a simple resignation letter thanking the council and you [referring to Easton] for the opportunity to have served in this position and stating that I have decided to resign for personal reasons."
However, she describes at least one councillor's behaviour as unfortunate and says she believes he might be tempted to discredit her outputs at the municipality after her departure. "I do believe that it is in both my and KM's [Knysna municipality] best interest to provide more context to this decision [to resign]."
Gobrie outlines her successes at the municipality stating that "I have successfully led the finance directorate, despite neither having an induction nor a formal handover".
She describes her greatest achievement as her "contribution towards a completely demoralised finance team to a highly motivated finance team that believed in a new overall vision of the finance department; a more customer-centric approach to both internal and external stakeholders that interacts with the finance department".
She blames the demoralisation of the finance team as being "the result of a destructive personnel management style adopted by the suspended budget manager while she [Gobrie] was acting as CFO".
Gobrie does not hesitate to accuse some councillors of being aware "that the budget manager developed a reputation of victimising staff members who dared lodging valid grievances against her, often around poor staff management style and unacceptable work etiquette".
She says it did not take her long to learn the real reason for the admiration of the budget manager by at least two council members. "Selective operational information were regularly leaked by this staff member to these two council members."
She expresses her feeling that "a council should discourage the piecemeal leaking of informal communication of operational and administrative matters or problems to councillors by staff members, as it gives councillors a selective one-sided picture and undermines the relationship between the director and the councillor, creating an unfortunate negative culture and distrust".
In Gobrie's resignation she accuses "the leak" of doing it to "hide her own flaws, advance her own interests in the books of the councillors and to undermine certain KM managers, in particular the municipal manager and myself".
Gobrie elaborates on her grievances against two councillors, saying that "one councillor has consistently been rude and arrogant towards me", and she accuses this councillor of "going out of his way to belittle both her work and contributions in meetings".
"Another council member went so far as admitting to me that him [sic] and the other councillor's tactic was to prove me incompetent and incapable of performing the budget process, without the suspended budget manager, although they knew that was not the case."
Gobrie describes "the undue interference of certain councillors in operation matters as sadly not being in the interest of the Knysna ratepayer". She also accuses the two councillors of trying to force Easton to withdraw disciplinary charges against an employee "that clearly breached operational procedures and legislative mandate on numerous occasions".
She describes the two councillors' behaviour as unprofessional and rude and says, "It has left me no choice but to accept an attractive offer from my previous employer."
In conclusion to a very detailed and long resignation letter, Gobrie expresses sadness at not being able to be part of the future growth of Knysna, specifically "the dynamic and exciting execution of the ISDF [integrated strategic development framework]" and she thanks the top management team whom she had worked with.
Peter Myers, spokesperson for the Knysna DA, commented to the Knysna-Plett Herald as follows:
"We have been asked to respond to a draft article regarding the resignation of Ms Gobrie, the CFO of the Knysna municipality.
"It has been common knowledge for some time that Ms Gobrie had been approached by her previous employer to return to their employment. In addition it should also be noted that Ms Gobrie’s husband still lives in Johannesburg and it can therefore be reasonably concluded that the new offer from her previous employer combined with her domestic situation were irresistible factors leading to her decision to resign after such a short period of time with the municipality.
"We note that the Knysna-Plett Herald states that it is quoting from Ms Gobrie’s letter of resignation, which she herself has said she has not given to the media. It is therefore difficult to respond to the vague and unsubstantiated allegations contained in the article without Ms Gobrie taking direct responsibility for them and without the full context available.
"However we would like to take this opportunity to wish Ms Gobrie well in her future career."
ARTICLE: CHRISTO VERMAAK, KNYSNA-PLETT HERALD NEWS EDITOR
'We bring you the latest Knysna, Garden Route news'
Posted on: 07:30 Thu, 28 July 2016
Your Comments