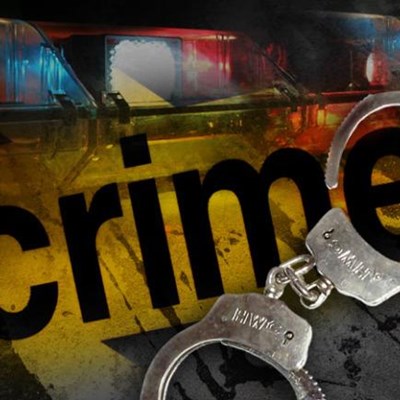 Generic Image
PLETTENBERG BAY NEWS - A 34-year-old handyman of Kwanokuthula was arrested earlier this week following claims that he sexually assaulted a six-year-old boy at a popular Plettenberg Bay preschool.
The man, who cannot be identified until he has pleaded, was arrested on Monday, June 8 at 08:30am and appeared in the local magistrate’s court on the following day, where it came to light that he had been out on parole during the time of the alleged incident and that he had two previous convictions, one for attempted murder and another for assault.
Police spokesman Lieutenant-Colonel Marlene Pieterse said that the sexual assault allegedly happened at the Footsteps Preschool between April and May this year.
When the accused took his place in the dock, prosecutor Henriette Breedt indicated that she would oppose bail as it came to her attention that the suspect had been on parole at the time of the alleged sexual assault.
The accused then admitted that he had two previous convictions, but indicated that he still wanted to apply for bail.
He initially said that he would handle his own defence, but later changed his mind and said that he wanted to apply for legal aid. The matter was therefore postponed until June 17.
The child’s mother, who attended court proceedings, said that she had noticed a change in her son’s behaviour over the past few weeks. “He did not want to go to class and became aggressive towards me. He also withdrew completely,” she said.
She added that he also battled to sleep at night and, after several attempts to convince him to tell her what was bothering him, he told her that he had on several occasions been sexually assaulted in the school’s bathrooms by the accused.
The boy’s family reported the matter to police last week and the suspect was consequently arrested.
Pieterse said the matter was being investigated by the George Family, Child and Sexual Offences Unit and that police still needed to obtain a statement from the boy.
In the meantime, school principal Kim Matter sent out an e-mail to parents informing them of the incident and scheduled a parent meeting for June 9 for parents to raise their concerns.
Matter wrote in the e-mail that serious allegations had been made against an employee who allegedly acted inappropriately towards a child at Footsteps.
“Footsteps views this in a very serious light as we strive to create a safe environment for our children with preferably no, but practically little opportunity for children to come to harm – physically or otherwise,” she said in the letter.
She added that the matter had been handed over to the relevant authorities and that the employee had been suspended pending the police investigation.
She also sent out a questionnaire to invite parents to identify areas where safety at the school could be improved.
Related articles:
ARTICLE: YOLANDE STANDER, KNYSNA-PLETT HERALD CORRESPONDENT.
'We bring you the latest Plettenberg Bay, Garden Route news'
Posted on: 08:00 Thu, 11 June 2015
Your Comments