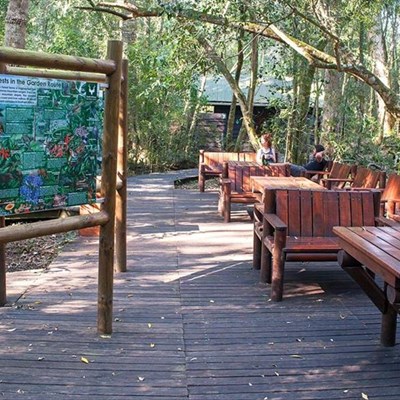 Garden of Eden, off the N2 in Harkerville between Plettenberg Bay and Knysna, is a popular picnic spot and a hub where cyclists can purchase cycling tags. Photo: Supplied

GARDEN ROUTE NEWS - The Garden Route National Park (GRNP) has doubled its figures of visitors in the past three years, during the national Parks Week campaign which ran from 16 to 23 September this year.

The park had prepared activities to showcase the diverse nature experiences in each section of the GRNP, focusing on educational initiatives by people and conservation officers such as seahorse talks, forest walks and estuarine exploration.

GRNP manager Paddy Gordon expressed gratitude to visitors who he said make it worthwhile to protect and conserve natural assets forming part of the park and surrounding areas.