No serious injuries in ambulance accident

The ambulance rolled off the road into the fence surrounding Ashford Christian School.

Knysna had enjoyed a few hot summer days last week, but yesterday morning the heavens opened up, leaving roads slippery, which likely played a role in the accident which occurred just after 13:00.

According to EMS spokesperson Deanna Bessick, the circumstances leading to the accident are not known, but the ambulance was on its way back to base.

"There were no patients in the vehicle, but two paramedics sustained minor injuries," Bessick explained. 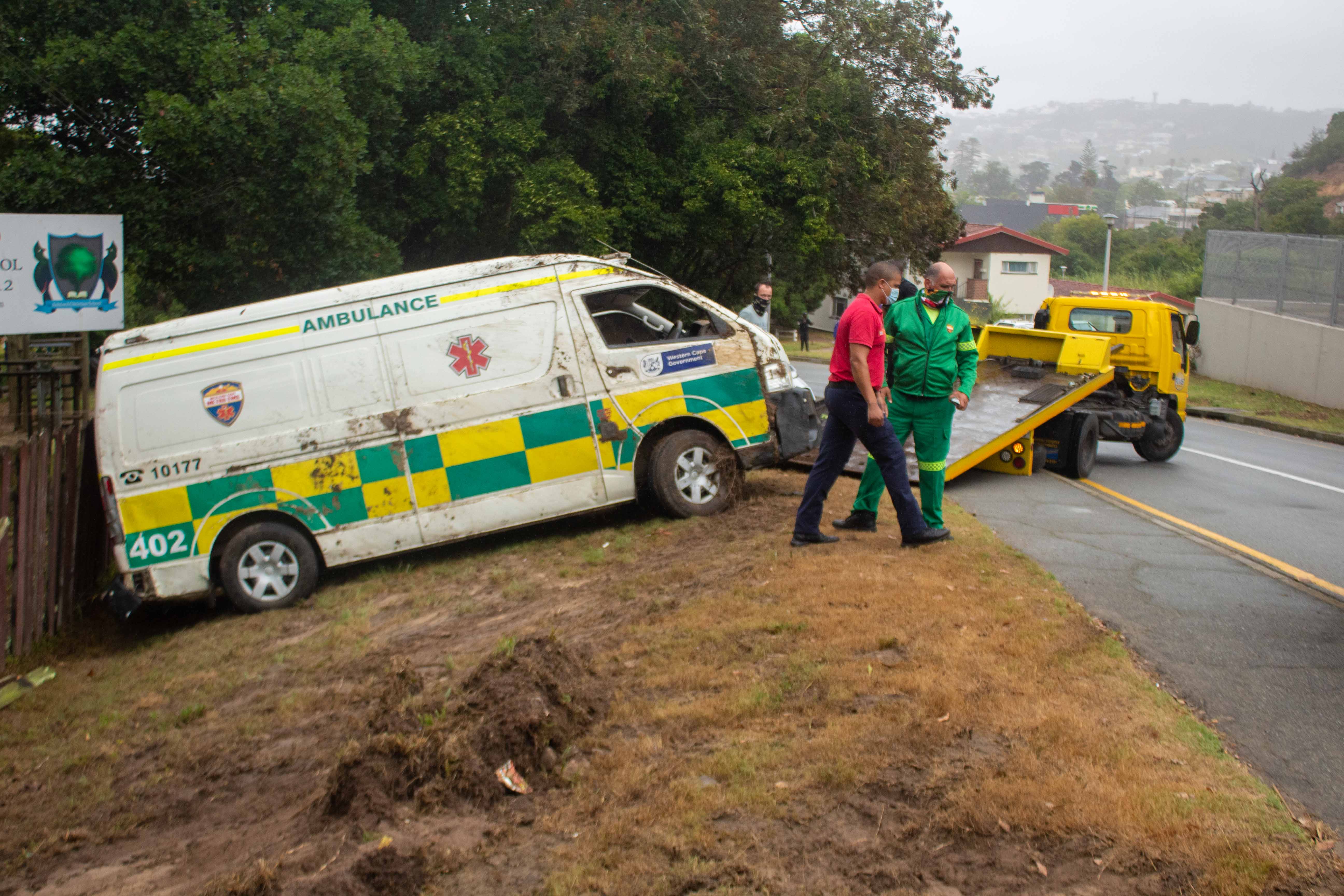 The ambulance being recovered from the roadside. The ambulance is towed away. 
I'm a 33 year old woman looking to meet men and women between the ages of 25 and 45.
View Profile