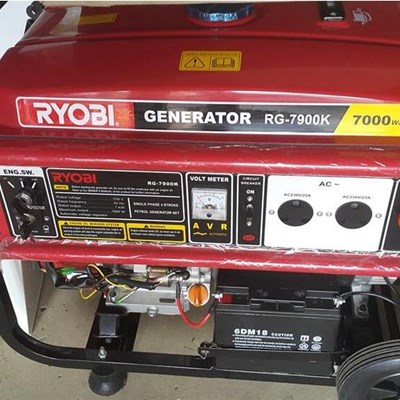 Generator.
KNYSNA NEWSFLASH - On the evening of June 25 the lights came back on for most of Brenton-on-Sea, to the elation of the residents.
In a mammoth effort by the municipality, power was finally restored in a temporary fix, which at least offers relief to most of the suburb. The massive amount of damage to the infrastructure caused by the thermal wave and firestorm, meant that the initial “switch on” deadline of June 23 could not be met, as much of the cabling is underground and damage and faults were not initially apparent.
The municipality has warned that work on the infrastructure is ongoing and power may be interrupted for a while to come.
Finally, those who had generators could trundle them away and for many, once the leads had been rolled up, life started to revert to normal.
Residents have commented that it is amazing how quickly a human being adapts to changed circumstances. In an area where hot water was the norm, it became regarded as a luxury and for those with generators, the predawn ritual of refuelling the beast in the dark and alerting their security companies to the fact the alarm was going to go off, became the order of the day.
For some, it became an excuse to escape the shackles and rituals of our ordinary lives, with residents sporting hiking boots and lights patrolling throughout the night to safeguard the dark and silent streets. Brenton Owls did a sterling job and set up and manned roadblocks to monitor the influx of curious onlookers, as well as those who may have had a more sinister motive, as many houses were unoccupied and unalarmed.
Read more in Thursdays Knysna-Plett Herald or online.
'We bring you the latest Knysna, Garden Route news'