The GRDM is no longer receiving direct updates from the Department of Health's (DoH) sub-districts in the region.

KNYSNA | BITOU NEWS - While the overall status of the local Covid-19 figures in Knysna and Bitou remains a mixed bag, the number of active cases in Knysna has continued to steadily rise in the past three weeks.

Readers may have noticed a lapse in reports on the local Covid-19 figures in April. This was due to KPH's source of data for the reports having changed from the Garden Route District Municipality (GRDM) to the Western Cape Government's coronavirus dashboard.

The GRDM is no longer receiving direct updates from the Department of Health's (DoH) sub-districts in the region. Given the differences between the two data sets, the DoH recommended that we allow for the new data to level out or "catch up"' with the former data set in order for us to draw accurate comparisons. 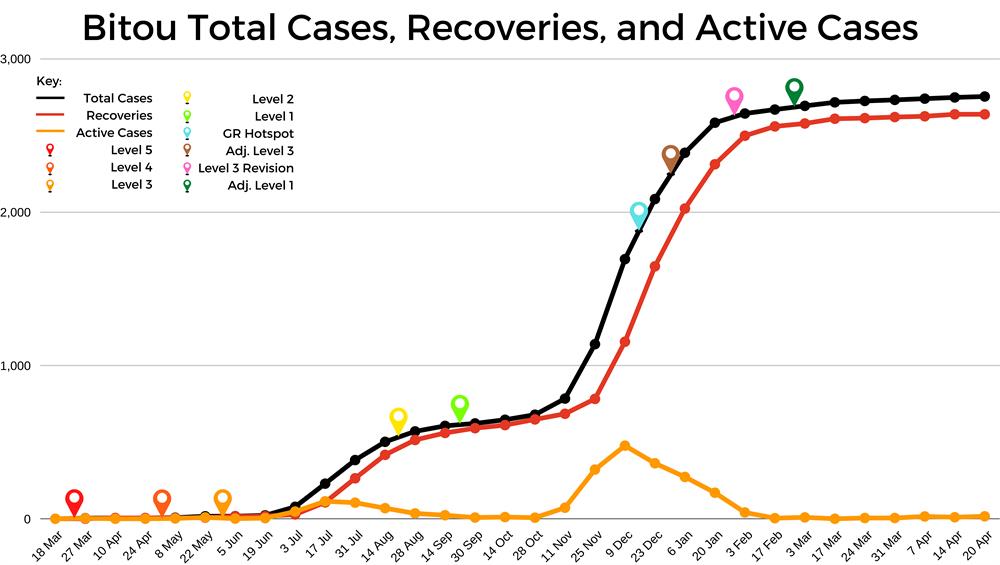 The active cases are at their highest since 3 March, which was at the tail end of the continued decrease in active cases.

The number bottomed out at 11 active cases on 31 March and has been climbing each week in April. The number of deaths stands on 158, the same as last week, while the recovery rate is now 96,28% and the mortality rate is 3,3%.

In Bitou, as at Tuesday, 2 755 Covid-19 cases had been recorded, with 2 639 having recovered, 100 having died, and 16 being active cases. These numbers indicate that six new cases were recorded in the six days between 14 and 20 April, a small drop from the eight recorded in the seven days between 7 and 14 April.

The active cases are at their highest since 10 February. However, this number has been fluctuating significantly in April, rising at the start of the month before dropping between 7 and 14 April and climbing again this week. 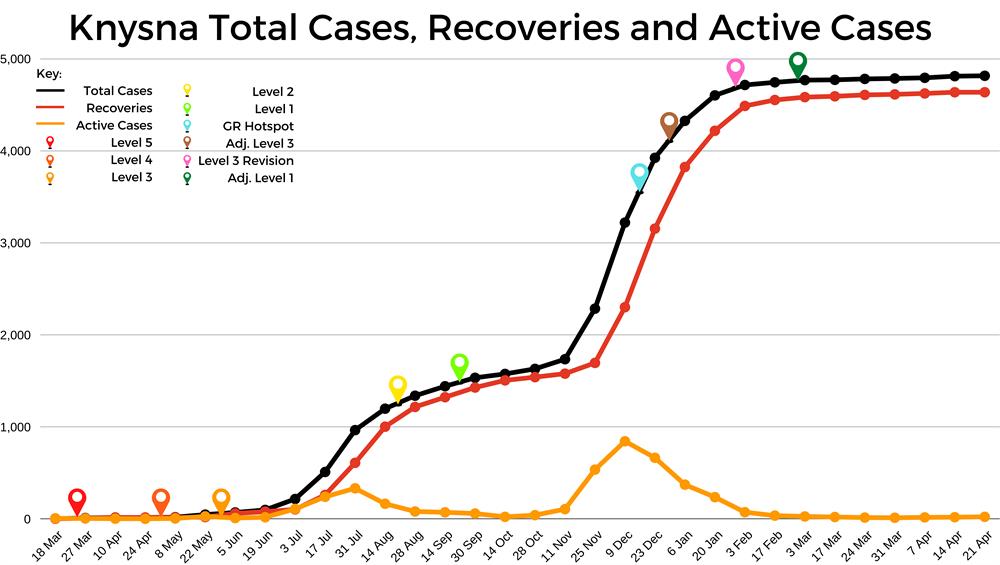 Knysna's total cases, recoveries, and active cases over the past 13 months.